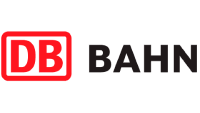 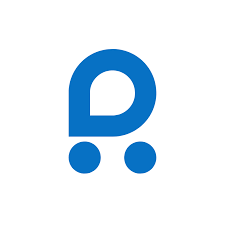 Karad to Guwahati by train

Your journey from Karad to Guwahati with Virail

Virail helps thousands of travelers plan their journeys every year. How? It's easy. Just enter the dates on which you plan to travel from Karad to Guwahati. Our powerful engine will look at the data from thousands of travel providers, then show you all the available routes. You can choose to travel however you want. Decide on the type of transport you want to use, what time of day you'd like to set off and whether you'd like a direct journey or one with connections. When you've found your ideal route, Virail will redirect you to the web page of the provider. There, you can make your booking, then it's time to prepare for your trip.

Karad to Guwahati by train

Best prices for the month

How long is the journey from Karad to Guwahati by train?

The journey between Karad and Guwahati by train is approximately 2,063 km. It will take you more or less to complete this journey. This average figure does not take into account any delays that might arise on your route in exceptional circumstances. If you are planning to make a connection or operating on a tight schedule, give yourself plenty of time.

What time are the departures from Karad to Guwahati?

If you want to set off early, take the first departure of the day from Karad to Guwahati, which usually leaves at . The last scheduled departure of the night is normally at . These timetables may vary depending on the day of the week, or at different times of year.

What are the stations on the Karad to Guwahati route?

There are different options to choose from when traveling between Karad and Guwahati. You can start your journey in Karad at stations such as Karad(KRD). These connect to stations including Kamakhya(KYQ) and Guwahati(GHY) in Guwahati. There may not be a direct connection between all the stations in the two locations. Some providers will only serve a selection of the stations, and you may have to travel from one station to another in the same city after arrival to reach your ultimate destination. Virail will show you both all direct routes and any connecting services which you can take to get from Karad to Guwahati.

How many journeys from Karad to Guwahati are there every day?

Unfortunately, no connection was found for your trip from Karad to Guwahati. Selecting a new departure or arrival city, without dramatically changing your itinerary could help you find connections.

Thank you!
We have added your email to the
signup queue.

An error occurred when you're subscribing to our deals. Please try again in a minute.